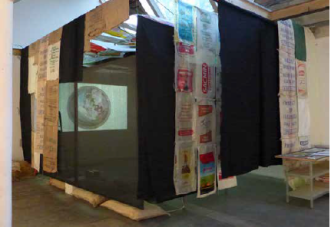 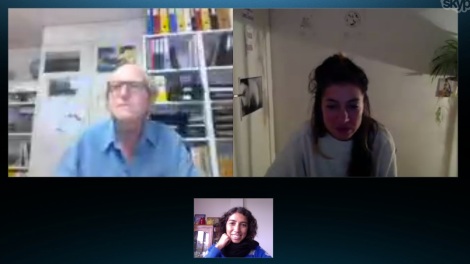 Collaborative work with Petra Mrsa and Karl Steffen. Video interviews made to activists from Croatia and Switzerland, who are working about public space and the commons: KAFF, Bio for Everyone, Archisquad, Dominko Blažević, Pravo na grad, Mreža antifašistkinja Zagreba, Parkticipacija.

Petra Mrsa, Eliana Otta, and Karl Steffen led interviews with members and representatives of various non profit syndicates and together with their interview partners they visited various public places. They discussed controversial aspects of public space, such as the future use of abandoned industrial settings, the shortage of adequate accommodation for larger families, or the various problems caused by the constant and extensive flow of traffic through city centres.
As it turned out, a responsible, future-minded and conscientious use of public space is closely linked to people, who can identify and relate to the public space that surrounds them and who have the possibility to get engaged, to influence, and to actively shape their direct environment.

For this project, we used the old Andean culture – the sumac kawsay – as reference, named as “Buen vivir” by the first colonialists, and tried to understand the qualities for today through an artistic exchange. In this culture they had other ideas about the concept of “materiality” than we know. The willingness to help, interpersonal exchange, and sharing were seen as “the material,” which in turn should be in balance with “the spiritual,” which means a respectful dealing with “mother earth”.
This was a long process, one which began already January 2014 on regional-urban level in Bogota and Lima, to get picked up by the Croatian and Swiss colleagues a year later, to come July / August 2016 to his concretization. End January 2016 split the big artist-group (16 artists, 4 cities/regions) in 4 smaller groups (always an artist from COL-CH-HR-PE), this to stimulate the international Skype -exchange, here, of course, not coming out without many language misunderstandings, at the same time characterized the Skype phase also as a “key” towards each other. Person which do not know each other try to find a project! They brought in the first ideas, respectively discussed what they consider important and they already tried to imagine where they like to work on when they are together a few months later.
During the Skype process decided the artists to concentrate on following topics: one group focused “Plurality by Language”, another one “Water / Earth” a third “Urban-research”, to pick it up and work it out during the physical project time. Due to the mostly different views on the “Urban” one of the 4 groups did not succeed in concentrating the forces before the beginning of the project, respectively they did not succeed to the end, but this group would like to start now already the preparations for a next South America project (December 2016).
At the European project start, first a week Zagreb and then 23 days Frauenfeld / Thurgau, the members had to open accordingly and to name which direction they want to work as small group (4 small groups). This resulted in a further development of the themes already prepared in the groups (and during the Skype phase). Due to the many group meetings, both in large and small groups, and through workshops and communal cooking, grew a being together, which strengthened the listening to each other an the collaboration.
To my person! During the actual project period, I wanted to act as a curator-spectator, wanted to follow / observe how the project evolves, asking the artists to make full use of the freedom of their work. Therefore, I have stayed out to much (and this for reasons that had nothing to do with the project). It was the first time in my curatorial carrier that I got out, and that’s enough for me, I do not think it makes sense to do this again.
Each of us has his thoughts on a project, is looking for a working model and tries to achieve the set goals. Most of us are accustomed to develop their own work. This project, however, characterized by co-operation and willingness to help, and achieved the latter both qualities well. Perhaps not only the “action on the spot” played an essential role, but also to slowly approach each other!
In any case, if groups want to work together again after an extended first working period (regional work, Skype phase, project concretization), then something has gone “well”!